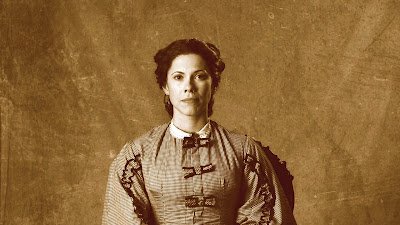 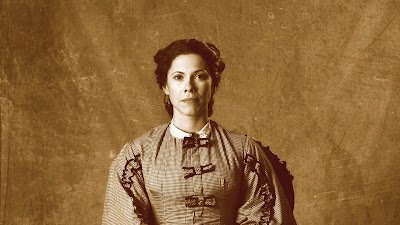 On Friday May 24, 2013 the PBS Latino series “Voces” (Voices) will premiere its latest installment, titled Rebel, a documentary about an almost entirely unknown figure from the American Civil War. Rebel is the remarkable story of Loreta Janeta Velasquez, who disguised as Harry Buford, became one of the estimated nearly 1,000 women who fought in combat in the war.

Velasquez was especially unlikely to fight in the Civil War and not only due to her gender. She was born to a wealthy family in Cuba, who expected her to become a refined, elegant woman fitting of her place in society. Her parents sent her to New Orleans, Louisiana by her early teens where she lived with an aunt who attempted to teach her the classic lessons expected of a woman of the time: dance, knitting, sewing, and so on.  But as the name of this episode implies, Velasquez would have none of it.  Her personal hero was Joan of Arc, the French heroine who led armies to victory against the British in the 1400’s.  Velasquez not only rebelled against society expectations for a lady, she went against the wishes of her family and married for love to a U.S. Army soldier from Texas.  After the onset of the Civil War, her husband resigned his commission to join the Confederacy. Personal tragedy caused the ultimate rebellious behavior to her gender; she disguised herself as Harry Buford and joined the Confederate army.

Velasquez/Buford fought at the first major battle of the war, First Bull Run (or First Manassas as she would have called it), and also fought in the Battle of Shiloh. She then turned to spying for the Confederacy in various guises such as “Mrs. Alice Williams.”  Finally, it seems that she became at least a double-agent and spied for the Union, if not outright defecting to that side.

In 1876, Velasquez published “A Woman In Battle,” her personal memoir of her life experiences, especially her service in the war. Her criticism of war profiteering and of the Confederacy itself caused a massive outcry among powerful former leaders of the rebellion, who actively worked to suppress her book and discredit her. In fact, the suppression and efforts to discredit Velasquez were so successful that she was erased almost completely from history. Many historians considered her to be little more than a myth.  Recent scholarship and research have revealed her to be a real woman who was far ahead of her time.

A publicist for PBS asked me to view an advance copy of Rebel for review here on The Abraham Lincoln Blog.  I’m pleased to report that the documentary is worthy of such a fascinating story.  The narration, re-creations, and acting are, as with most PBS programming, outstanding.  The re-creations are moving, especially given the almost total lack of dialog from the actors. As one would expect, several experts offer insight in the film, although in my opinion there are too many of them.  The quality  is exceptional as one would expect from PBS, which towers over the “history” programming shown on History or NatGeo.

Rebel is the project of director and writer Maria Agui Carter, who worked on the film for a decade with historians and archivists.  She herself is a Latina immigrant to the United States just like the subject of the film. The story she tells in this film is important and deserves to be known. After all, Latino and Latina history in the United States helps to make up our nation’s history.

Please try to watch or record Rebel on PBS on Friday May 24, 2013. It’s worthy of your attention.