Of Lincoln And His Speeches 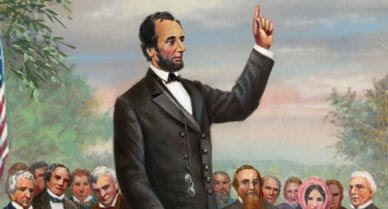 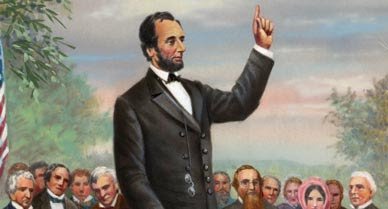 To write that Abraham Lincoln had a way with words would be the mother of all understatements. His speeches speak to us today, especially his First and Second Inaugural Addresses and of course, the Gettysburg Address. Lincoln employed no speechwriter; he wrote his own. His writing had a simple, rhythmic style which conveyed majesty and righteousness in some of America’s darkest days. Writers of his time and since have considered him to be one of the greatest wordsmiths in the English language.

The October 2008 issue of Smithsonian contains an insightful article about what made Lincoln’s speeches so memorable. The article was written by Ted Sorenson, who was the main speech writer for President John F. Kennedy. He was the author of Kennedy’s inaugural address, which contained the famous words “Ask not what your country can do for you; ask what you can do for your country.”

In the article, Sorenson makes the claim that Lincoln was also the greatest presidential speechwriter. He examines what made Lincoln’s words so special, such as alliteration, repetition, rhythm, and timeless ideas. He also states that Lincoln was a much better speechwriter than orator, making comparisons to other presidents such as Kennedy and Franklin Roosevelt. In Sorenson’s opinion, it was the power and majesty of Lincoln’s words which have made his speeches immortal. He closes his article by stating that “The presidents greatest in speechcraft are almost all the greatest in statecraft also—because speeches are not just words. They present ideas, directions and values, and the best speeches are those that get those right. As Lincoln did.”

Coming from such an outstanding speechwriter in his own right, the praise from Sorenson is meaningful. Take some time to read the article. You won’t be sorry you did.