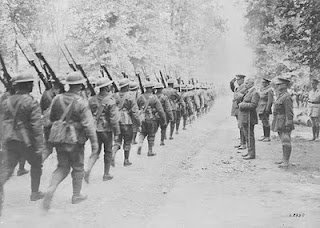 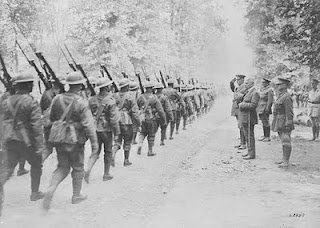 On the outbreak of the Great War, August 1914.
The lamps are going out over all Europe: we shall not see them lit again in our lifetime.
Lord Grey (British Statesman) – Remark made on 3rd August 1914, on the eve of war.
We draw the sword with a clear conscience and with clean hands.
Wilhelm II (Emperor of Germany) – Speech, Berlin, 4th August 1914.
You will be home before the leaves have fallen from the trees.
Wilhelm II – Said to troops leaving for the front, August 1914.
When the war broke out she took down the signed photograph of the Kaiser and, with some solemnity, hung it in the maidservants’ lavatory; it was her one combative action.
Evelyn Waugh (British Novelist).
Your Country Needs You.
British recruiting poster.
Good-bye Piccadilly, Farewell Leicester Square; It’s a long, long way to Tipperary, but my hearts right there.
Harry Williams (British Songwriter)
Now, God be thanked Who has matched us with His Hour, And caught our youth, and wakened us from sleeping.