Wild Mushrooms And Their Evil Twins 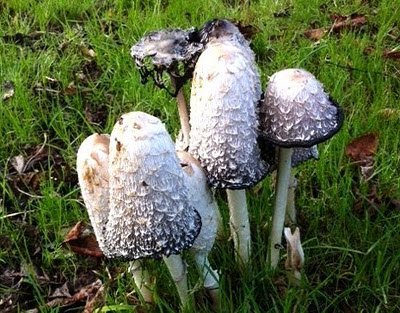 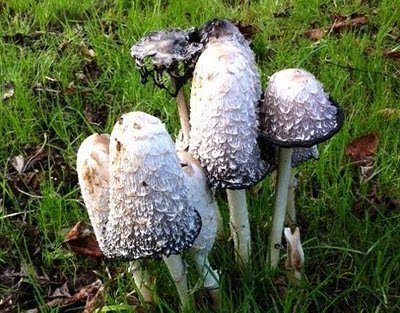 They’re out. Sprouting in the dark and damp places. Mysterious things. Here one minute, then they’re not. The essence of the woods, with colours and delicate gills like forest anemones. But is it a mushroom? Is it a toadstool? Is it edible? Is it deadable?

In the mushroom game, identification is key – but a Russian roulette for the uninitiated. The edibles all seem to have evil twins. For every field mushroom, there’s a Yellow Stainer, for every St George’s mushroom, there’s a Deadly Fibrecap – always with a “beware of” or “not to be confused with” warning.

There are, of course, those other potent mushrooms. I once had a friend who would scamper up Cornish tors in autumn looking for the tell-tale, little nipple-shaped caps. But recipes weren’t really on his mind – just tea or scrambled egg – and very soon he was away with the Kernow pixies.

I would love to be able to wander through the beech woods, plucking basketfuls of the meaty floor flora, but have never really plucked up the courage to pluck up the…well, you get my drift. I’ve got the guidebooks. But even the guidebooks tell you to get more guidebooks – to cross check to be sure, to be safe and to sue the other guidebooks if things go wrong.

Last year, there were 316 cases of poisoning in the UK linked to eating mushrooms, according to the National Poisons Information Service. They said numbers were high because the weather in late summer/early autumn led to a bumper crop of wild mushrooms. This year, a cooler summer meant mushrooms hadn’t grown quite so well – but by September, the service still had 129 cases.

So if you haven’t got time for a guided walk through the woods with some Bear-Fearnley-Mears type or a library of identikits, there’s an introductory mushroom for novice gatherers. Relatively easy to identify, edible, and with a frisson of toxicity at the same time – just to make you feel alive. The Shaggy Inkcap (aka Lawyer’s Wig or Shaggy Mane). Great name, and exactly what it says on the tin – shaggy white cones at first, then black-rimmed parasols that bleed black ink to the touch. 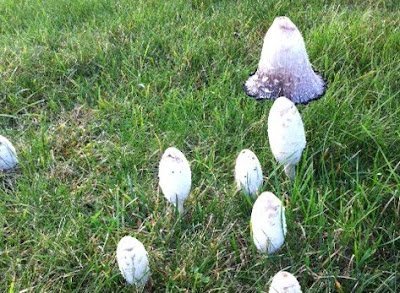 The aim is to pick them young – when at their most shaggy, and least inky. Having spotted a few at the side of the road (pic above), I consulted my mushroom guidebook. (River Cottage Handbook Number 1 by John Wright.) There was the Shaggy Inkcap in the edible pages and, hold on, also in the poisonous pages.

The poisonous entry was the Common Inkcap: less shaggy, and also edible – unless you drink alcohol. That’s usually a sign to turn the page and look for another mushroom. Apparently, they used to use them to treat alcoholics as drinking after eating makes you sick.

“Sensitivity to alcohol can last for 72 hours,” notes Wright, apologising for the lack of detail about its flavour and texture. “As for what it tastes like I am afraid that during the last 30 years or so my blood-alcohol ratio has not afforded me one single opportunity to find out.”

Sounds like a fungi (sorry, had to get that in somewhere.) But in the interests of blog material, I thought I’d give them a go. I’d forgo the drinking just in case my specimens were of the common variety as I’m not sure work would appreciate the excuse of a mushroom/alcohol-related absence.

The Shaggies like well-managed verges, roundabouts and, as I discovered, the manicured slopes around rowing lakes. The smaller ones were very like the shaggy photos – the bigger ones in the group less so. But I was pretty sure these weren’t the dodgy ones. The smaller ones were firm and less inky. As they get bigger, they get more fragile. I’m told they don’t keep in the fridge either, so it’s a question of a pick and fix lunch.

The other guidebook (Richard Mabey’s Food For Free) had a few suggestions: a quick fry with butter or oil, deep fried, baked with egg, or pressed into a ketchup.

Condiments aside, for full experimental effect, the fried ones (stalks removed) were, I’d suggest, at the slimy end of the mushroom scale – like oyster mushrooms, but with less body. They were lightly mushroomy, though, and the less cooked parts had a bit of a zing to them. Definitely not “boiled polystyrene” as I had seen them described. 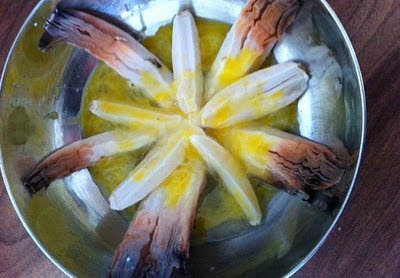 Cut into a starfish shape and placed on a beaten egg (pic above) and baked for 10 minutes, there was a bit more to them. Okay, I forgot to oil the pan in my eager anticipation so did end up with a bit of eggy crust – for texture, of course.

A deeper mushroom flavour was eked out by cooking some in the oven pressed together, with a scattering of salt, lid on, until the ink steamed out into a black liquor. Strained and with a dash of pepper (Mabey says an ounce per quart, whatever that means) and a scrape of nutmeg and you have a decent sauce base.

After this tasting session of nature’s Jekyll and Hyde shroom, I had no hotness, reddening, tingling limbs, headache, sweating, or shortness of breath, so think I got it right. Then again, I’ve had similar symptoms from drinking, without having had mushrooms. I’d survived a foray with fungi, and am tempted to get down to some proper identification. Preferably with a mushroom that lets you drink.