So Why Are Brits So Obsessed With Scampi? 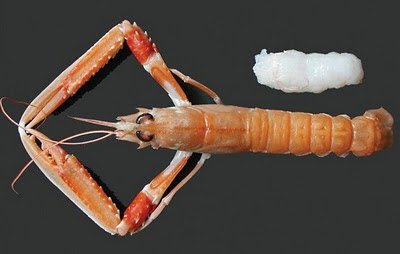 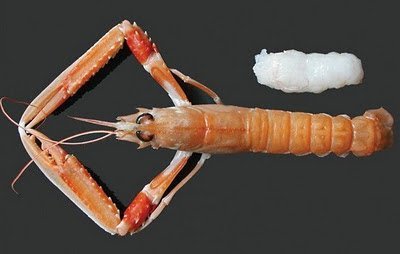 Google’s annual Zeitgeist of the popular search terms of the year throws up some interesting quirks about the British, or ‘Mid-Atlantic Island Monkeys’ as we’re becoming increasingly referred to in Germany and France following the EU veto row.

The most intriguing was the ‘what is’ top 10, which revealed that the UK’s love affair with food doesn’t look like going away anytime soon.

Bizarrely, “what is scampi” was the second most popular search term in the UK – with Google revealing that interest in the shellfish had soared by 80% over the past year.

But experts are at a total loss to explain why the tail of a Nephrops norvegicus, also known as a langoustine, Dublin Bay prawn, or Norwegian lobster (just in case you haven’t Googled it), sparked such a cocktail of interest.

There were no new crisp flavours or other major news stories involving the British pub menu staple which might have caused such a sudden flurry in puzzlement. And the creator of Fingerbobs hadn’t died (not for 10 years anyway), causing a tsunami of Twitter tributes from people who’d never known him.

The only tale that got much attention was a scare story in the Daily Mail (does it do any other types of stories) that scampi and chips could soon be off the menu for millions of horrified pub-goers because of a major decline in fish catches.

The 50% slump was blamed on those dastardly pencil pushers in Euroland, of course, as well as rising fuel costs, bad weather, and an increased demand for whole langoustines from France, Spain, and Italy (who tend not to eat them in the basket, smeared with tartare sauce).

David Jarrad, director of the Shellfish Association of Great Britain, said he had no idea why there had been such a big fascination in scampi. “I’m quite surprised. It has been a traditional pub grub for many decades and it remains the UK’s most popular and valuable shellfish by a long way,” he added.

Further illustrating the British obsession with what is stuffed into our mouths, the top 10 also featured “what are truffles” in third place, and “what are cookies” in sixth.

Although presumably the latter was referring to cookies of the coding rather than cooking kind.