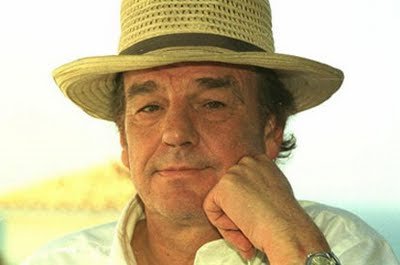 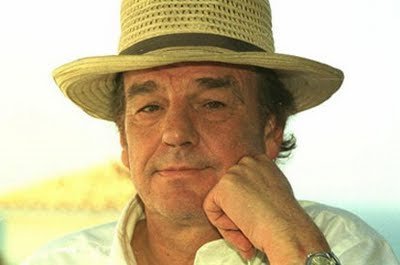 The celebrity chef was desperately ill with bowel cancer when one-trick actor Keith Allen and his film crew doorstepped him at his farmhouse in the south of France and produced a highly unflattering film about his life.

Floyd was impoverished amid an acrimonious divorce with his fourth wife, and felt he couldn’t turn down the undisclosed sum they paid him for taking part.

His long-time manager Stan Green said the TV cook was fully aware he should never have done it.

“I told Keith not to do the programme because I knew he was in no fit state to be on television at the time. He was very ill,” he told Chef Sandwich.

“But they went to him directly, offered him the money and he accepted. He rang me up one day and said, ‘You’re not going to be very happy with me, I’ve been making a television show.’”

Floyd – the man who’d made cooking acceptable and inspired me to train as a chef – died of a heart attack at his friend Celia Martin’s home in Bridport, Dorset, in September 2009 as he sat down to view it. 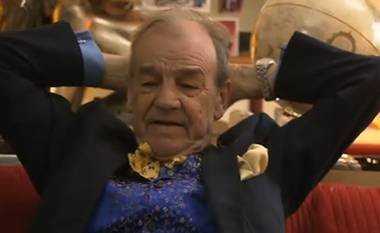 It was dreadful to watch. From the moment the great cook was shown sleeping on a hotel sofa like some befuddled Chelsea Pensioner, his energy and spirit finally succumbing to a lifetime of fags and booze, it was clear it was going to be uncomfortable viewing. It was like watching the last hours of a dying God.

I remember trying to switch over several times, but it was Keith Floyd…

He might pull through and show his old magic, even a glimmer of it would do. But by the end I felt overwhelmingly sad, and desperately so the next day when I was told he’d died.

I wanted him to remain in my thoughts as the skewed bow tie-wearing roué lambasting Clive the cameraman, glass in hand, pan-frying sweetbreads and truffles, and heartily recommending that half the bottle should go into the daube, and the other half into the cook.

I wanted to be reminded of him serving a breaded beermat to a customer who’d complained about his Wiener schnitzel, and the live cookery demonstration when he’d left the giblet bag inside a roast duck.

I didn’t want to remember him as the frail, doddering, aged-beyond-his-years man in that dreadful documentary. It was car crash TV and chequebook “journalism” at its worst, and I still don’t know why Channel 4 aired it.

A spokesman for the broadcaster declined to comment or confirm how much the TV chef had been paid for taking part. “We would not comment on any contractual arrangement between us and Keith Floyd,” he added. 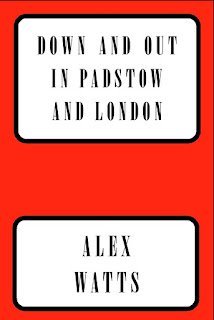 My new book on training to be a chef, including stints at Rick Stein’s and the Fat Duck, is available to buy on Amazon for Kindle, iPad, iPhone etc. CLICK HERE to buy for just £2.05, about the price of half a lager.

“It’s a bargain and an easy read, I didn’t want to put it down.” @Mcmoop

“Should be required reading for anyone who has ever dreamed of leaving the monotony of the 9 to 5 rat race to open their own restaurant.” Breil Bistro

“A great read and should be a set text if you’re considering a change of career, or God forbid, applying to Masterchef.” richard