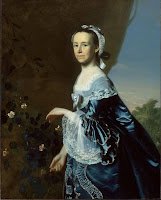 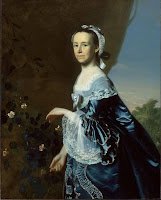 “Be it known unto Britain even American daughters are politicians and patriots,” wrote Mercy Otis Warren. Women were not educated outside their homes in colonial America, and they were not allowed to participate openly in public affairs. But Warren had a natuiral talent for literature and for politics, and she used both to support the Patriot cause. She has been called the “First Lady of the Revolution.”

Warren’s brother, James Otis, and her husband, James Warren, were both Patriot leaders in Massachusetts. Through them, Warren knew most of the important figures of ther day including Thomas Jefferson and John Adams. By 1772, she had become a supporter of American indepdence. To encourage patriotic feeling in the colonies, Warren wrote a series of plays that were published anonymously. They satirized the British colonial government and attacked specific public officials. Soon after the Revolutionary War began, Warren started to record its history.

Her three-volume work, History of the Rise, Progress, and Termination of the American Revolution, was published in 1805, under her own name. It provides an insider’s view of the struggle by a woman who believed that revolutions are “permitted by Providence to remind mankind of their natural equality.”

Some poems written by Mercy Otis Warren were published in 1790, but much of her poetry was not published until modern times.